Home/Alliance/10 points to remember for a successful alliance

10 points to remember for a successful alliance 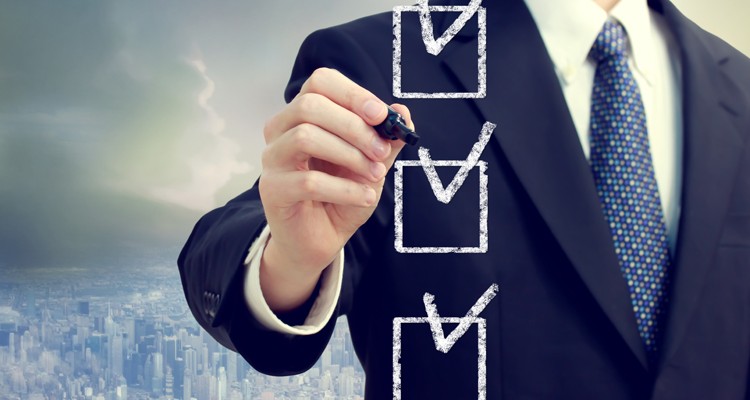 A project delivery model which has gained popularity in recent years is the alliance, in which parties with complementary skills and resources undertake to work co-operatively to achieve agreed outcomes on the basis of good faith and trust. Alliances can be used for developing single projects, for ongoing capital works programs, and for the provision of services. There are no standard forms of alliance agreement and many variants on the theme exist, some more accurately describing themselves as ‘alliances’ than others.

The parties usually establish an alliance team to workshop the project and identify their respective goals and how these can best be achieved. So-called ‘alliance principles’ are usually enshrined in the agreement as guidance on how the alliance will be managed. The first such principle is almost always a statement that decisions will be made by mutual agreement according to what is ‘best for alliance’.

A joint risk matrix is also developed during this workshop, so each party understands and can share and help avoid risks faced by the alliance and the other party.

The parties usually agree a target cost estimate (TCE) early on and to share any savings or overruns according to a formula. One of the perceived advantages of alliances is that the contractor/consultant is genuinely incentivised to reduce the client’s costs and does not have to pad its price estimate with contingencies for risks which may never eventuate.

Incentive payments/penalties may be also linked to other KPIs identified in the workshop, such as the target completion date, process performance, or safety record. The contractor’s/consultant’s total contribution to overruns and any KPI penalties is often limited in aggregate to its overhead and profit.

To facilitate transparency the project is managed on an open-book basis with the contractor’s/consultant’s margin typically being a fixed percentage of its costs.

A non-adversarial culture is encouraged by management protocols, which seek to identify issues early and keep the parties’ objectives in continuous alignment. A ‘no-blame, no-dispute’ ideal is supported by clauses that seek to prevent the parties raising disputes on any basis other than fundamental breach or intentional wrongdoing e.g. fraud or wilful default.

Alliances work when the parties plan, document and behave in accordance with true alliancing concepts, whilst recognising their practical limitations. Ultimately, the parties are separate entities with duties to their respective stakeholders – the client is interested in getting the project/services completed at minimal cost and the contractor/consultant in making a profit from its involvement.

It is counterproductive for those creating an alliance to expect that alliance concepts will always provide a solution despite unforeseen problems or changes in circumstances. This problem is exacerbated if the lawyers drafting the alliance agreement believe they are acting in the client’s interest by seeking to transfer as much risk to the contractor or consultant as possible. What can result is an alliance agreement with a higher risk profile than a traditional fixed price contract.

Some of the issues to be aware of are:

An unincorporated alliance is a contractual arrangement, not a separate legal entity. In this respect it has some things in common with an unincorporated joint venture (UJV); it cannot employ people, it cannot contract in its own right. Like many UJVs, an alliance can, however, give rise to a partnership for tax purposes.

Care must be taken to ensure the alliance agreement does not attribute the characteristics of a separate entity to the alliance, such as placing obligations on the alliance that are independent of the parties.

Poorly written alliance agreements leave too many issues to be decided by the alliance team, often with no framework or criteria for basic decisions other than what is “best for alliance”. This might be acceptable for parties with collective ownership of the project (such as a North Sea oil platform), but for one-off client/contractor or client/consultant relationships it is a criterion that will almost always favour the client’s interest in getting the project completed.

As far as practicable, the alliance agreement should make clear who has to provide the resources and expend funds to perform each task. The agreement should seek to allocate, or share, known risks and responsibilities on a predetermined basis, and it should set out objective bases for assessing performance.

It is critical that the categories of costs and charge-in rates for the purpose of accrual against the TCE reflect actual costs. Charge-in rates should be adjusted to reflect the contractor’s/consultant’s true labour costs. Composite costs should be avoided if any component is volatile (e.g. fuel). Any external price assumptions underlying the TCE (e.g. re material costs) must be set out in the agreement, and the targets and rates adjusted if these are not borne out – the contractor/consultant should not assume the role of underwriter.

Note that it is more difficult for the contractor/consultant to control the costs and program in alliances where the client is also contributing personnel or resources. Indeed, on a cynical view, the client has less incentive to rein in expenditure because the cost of any overrun will often be shared. In such arrangements it may be better for overruns in the cost of the client’s contribution to be quarantined from the TCE for incentive calculation purposes.

Alliances are often used when the scope of work is ill-defined and cannot be accurately priced. The cost-share/incentive regime depends however on arriving at a realistic TCE and completion date. The assumptions for these need to be stated in the agreement, and the usual grounds for variations and extensions of time should apply, rather than limiting adjustments to subjective events such as ‘significant’ or ‘fundamental’ changes. In particular, the contractor/consultant should never bear the ‘risk’ that the client will vary the work or delay its execution without due adjustment and compensation. Without these protections the alliance holds greater risk for the contractor/consultant than a fixed price contract.

The uncertainties in typical alliance scope and pricing and the constraints on the contractor’s/consultant’s management control mean the risk of target overruns or delays must always be moderated. The preferred position is for an contractor/consultant to put part of its profit and overhead at risk, based on a gradually escalating formula. Sharing overruns on a dollar for dollar basis carries considerable risk, even where the share is capped. The prospect of earning an equivalent share of under-runs is cold comfort given cost under-runs are inherently limited – overruns are not.

The contractor/consultant must ensure that, all things considered, it is not essentially acting as underwriter for the client’s project/capital works program.

Entitlements (e.g. to be paid, for extra time) must arise as of right, by the operation of the alliance agreement, and should not have to be ‘agreed’ by the ‘alliance team’ or similar body. In the event of dispute, an ‘entitlement’ which must first be ‘agreed’ has not yet come into existence and cannot be enforced.

The efficacy of ‘no-blame/no dispute’ clauses is questionable if a party is thereby free to ignore their contractual obligations. ‘No-blame/no dispute’ provisions must therefore be limited to particular defaults, risks and events, not the entire agreement.

Disputes should not be left to the ‘alliance team’ or the parties’ CEOs for final determination. Subject to the following paragraph, they should be put to a binding independent dispute resolution process. Rather than promoting co-operation and harmony, alliance agreements that are effectively unenforceable can lead to terminal relationship breakdown if things begin to deteriorate.

It is not appropriate for disagreements about strategic or business issues to be referred to independent dispute resolution. An independent adjudicator can only properly be called upon to determine the parties’ rights and entitlements in view of the terms of their agreement and the facts. They should not be tasked with making decisions about how to run the alliance or the relevant project.

The alliance agreement requires the usual limitation of liability clauses to address any residual legal liability of the contractor/consultant outside the ‘no-blame/no dispute’ regime, and in case a court determines that those provisions are not applicable or enforceable.

The ‘no-blame/no-dispute’ regime may mean that normal liability insurance, including PI, will not respond to claims between the parties, as these insurances only provide indemnity where there is a finding of legal liability. An insurer’s normal right to subrogate against alliance participants can also be prejudiced. Special alliance insurance arrangements need to be put in place in consultation with the parties’ brokers.

Please contact us to find out how we can assist you with your alliance arrangements.